It’s just 4 weeks to Christmas Eve, still plenty of time before you have to panic about gift buying, and to help you out for those hard to buy, or new to cycling here are some unique ideas that won’t break the budget.

Yes there are many cycling apps out there but what I like about this app, besides the ability to track your ride, but it also comes with eCrumb Tracking, a Stationary Alert, and a custom Lock Screen creator where you can list you emergency contacts and any medical conditions.

Available for iOS and Android phones this app lets you check the weather for a ride on anyday at the specific time you plan to ride. How warm will it be, any chance of rain and which direction to ride in to ensure you have a tailwind home. Read more in my review here.

A great stocking stuffer, because cycling and coffee go together like ham and cheese. Give a higher value when you want to be able to hit your buddy up when you’ve forgotten to bring a card or cash out on a ride for a java fix.

Available on kickstarter you can get 1, 2 or as many mugs as you have cyclists on your list to take care of., and one for yourself. A sturdy BPA free, double walled mug that will hold 20oz and comes with a crew on lid, soon to be in production so take advantage of the kickstarter campaign to get in on the ground floor at a discounted price.

What better way to support Canadian Artist Luigia Zilli and have something handy during the off season to decorate your pain cave, or cubicle and to start planning those rides for the upcoming year, and maybe add one of the artists coffee mugs or coaster set as well.

Well actually they have a special on where you can give one subscription as a gift and get one for yourself  so technically the ‘gift’ is only going to cost you $15. 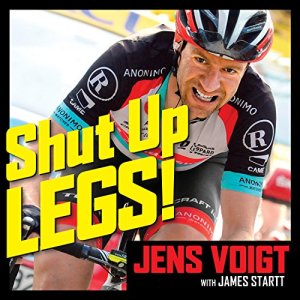 A nice read from former pro racer Jens Voigt that covers his career form a young kid growing up in East Germany to his days telling his legs to shut up as he rode in some of the classic events of pro-cycling. Having met the man this past year I can say the book reads just like you were sitting down for a post-ride espresso,  and listening to him telling his stories of his time in the saddle.

Another item on kickstarter designed to mount both a bike computer and action camera and is stated to be 90% compatible with most devices currently available, not only one of the most economical mounts, but possibly one of the sturdiest made from 7075 aluminium used for aerospace projects, such as NASA’s Saturn V rocket.

Give them something to wear after the ride and to show off their love of the sport and what it embraces about life with a t-shirt from either Thread+Spoke or Cycology. Whether its something about one showing off one of the greats of the sport, a poke at the rider who is always at the back earning a Lantern Rouge shirt, or one that says cycling is a state of mind. 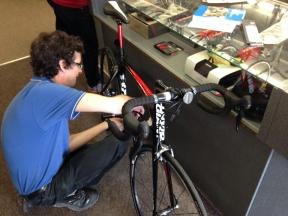 The gift that says you don’t just care about the people you ride and their bike, but also with your local bike shop. Those unsung heroes who often do that bit extra to keep you and your bike on the road. If you are lucky and loyal enough they will even squeeze you in for a last minute fix. With winter here now is the perfect time to get it tuned up and ready to go for next season and beat the rush.